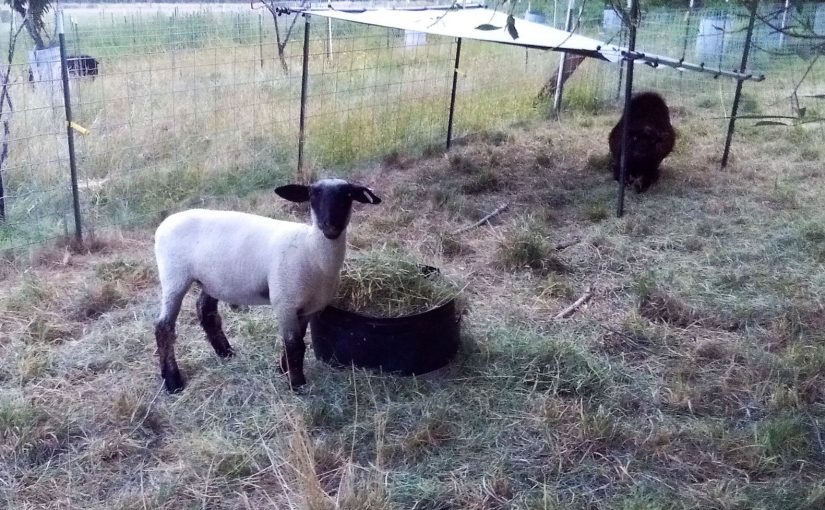 We have a new resident. Well, new as of last August. He came to us with the name of Oats. We decided to put him in with Cady and Beauty. Beauty being a 13 winter ewe has been a perfect auntie to the two lambs. Oats had a bout with Blue Tongue not long after he got here, but has fully recovered.

We thought he needed another name, and we decided to call him Oatis, but the name Oatis never really caught on. We are guessing that surprisingly, he really is an Oats after all. Oats is two months younger than Cady

Cady had never had another lamb to play with, and us shepherds tried to play tag and lambpede with her as much as possible. Well, Oats has been a great playmate for Cady, they have become best friends, and they are almost inseparable.

I am sure there are going to be more Cady and Oats posts in our future.