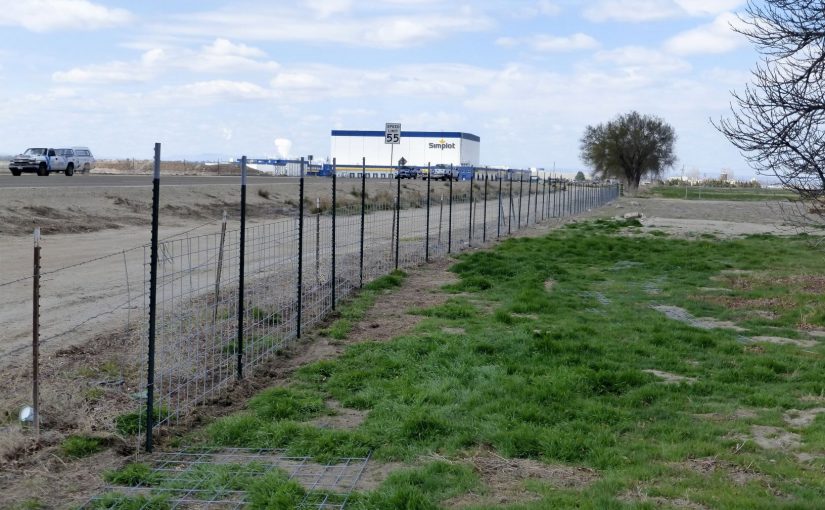 It is so exciting, after two years of waiting, the fence is going up. Even with the restrictions on social interactions due to the coronavirus, progress is still being made. We hope the perimeter fence will be done by May 9th.

Did I tell you we are building the fence…

We have the south fence hung except for where the southeast gate is. When we are satisfied with the way the panels are set, we will make the final attachment to the t-posts. We started putting in the first posts along the east side cable fence, but had some drama about whether we should put it on the east side of the cable fence (into the road), or inside the cable fence. I personally do not think it is in any way possible to pound t-posts into an engineered roadbed, but some think otherwise. While we have waited for others to come to their senses, we laid out the irrigation pipe on the existing pasture, and put the fence around the horse chestnut tree. This week we started putting up the fence on the west side. It seems that things are sorted out about the cable fencing now, and next week we should be putting in the blue line fences. Whew

If you want to join us, we will be here pounding posts, and wiring up panels. Lots of sun and fun for all… Or you could just come out and watch the sheep. 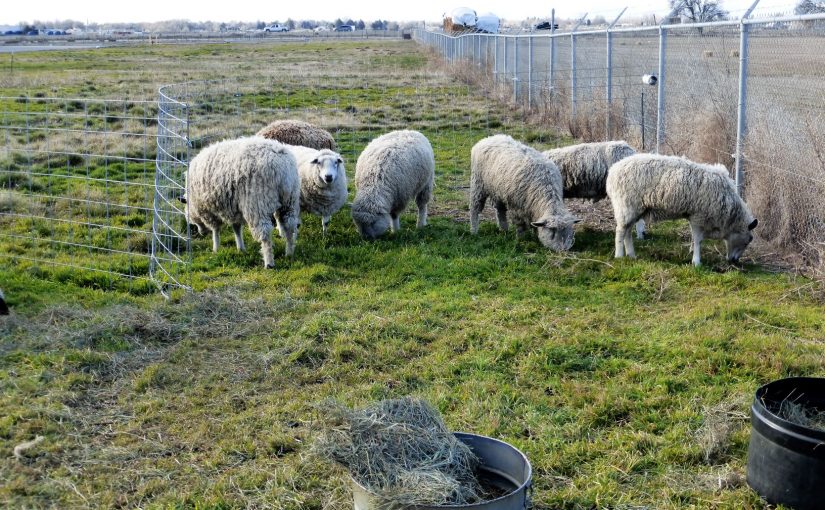