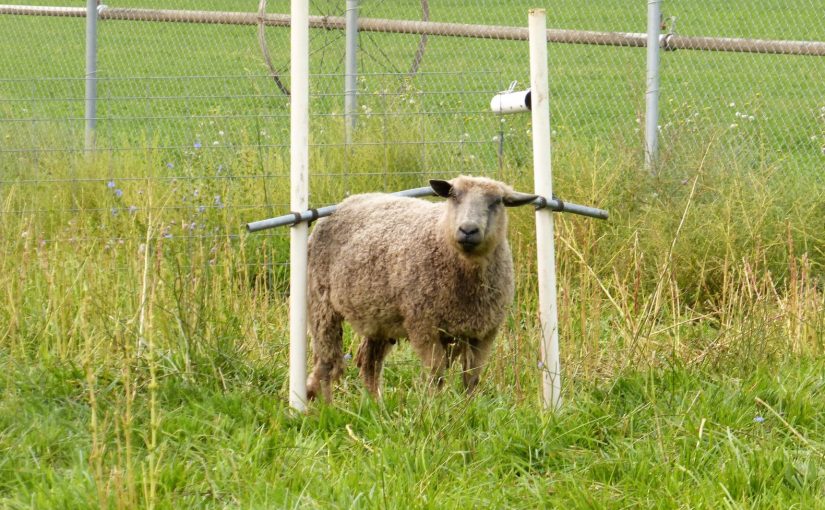 For the last couple of weeks the sheep have had a new scratching post(?). It is a test of concept, and we are looking at a couple of designs that should fix the shortcomings of this prototype.

At this time, all of the sheep have been observed using the new scratcher. sometimes two at once. The current design uses gravity for pressure. The two pvc pipes are slid over t-posts to allow them to slide up and down to fit both short and tall sheep. The sheep have recommended a second design that they would like; it is closer to the ground so they can scratch their bellies as well (we have found the bar pushed down close to the ground on more than one occasion.) We think the belly scratcher will have to be attached with bungee cords to give upward pressure.

The sheep recommended the original design by making our life hard while we were trying to move their shade cover. When we move their shade cover, we remove the ball bungees that hold the frame to the t-posts, and it will slide to the ground. We then remove the t-posts and move the cover. If the cover hung up at all before it hit the ground, the sheep would run over, and get underneath the frame and scratch away. It made it hard to move the shade, because as soon as one or two were chased out, others would come in behind you and get under the frame. This has not been as much of a problem the last couple of moves.

I think they are pretty happy with the new scratcher.