Do you know that most sheep love squash? Well they do. Four days after Halloween, this pumpkin was found out front of the hardware store. They had marked the pumpkins down to $1.59 each. I could not resist. 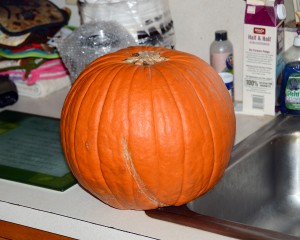 Most of the Recsewe sheep are unfamiliar with many forms of healthy treats (like pumpkin), and are learning what is good, and what is not. Over the summer they have learned that apricots are yummy. Celery and Brussels sprouts have been well received. Oddly, most are still unsure about apples. 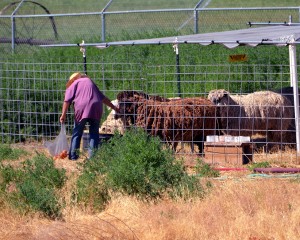