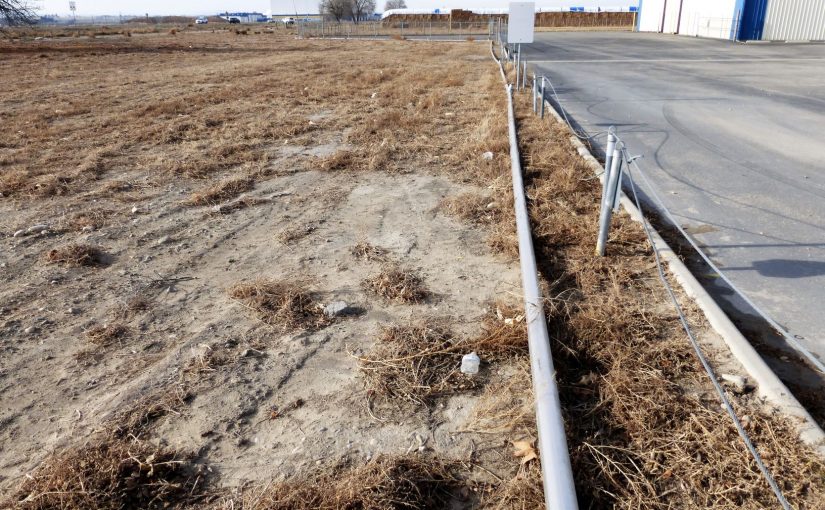 When the offer was made for us to care for and graze another acre and a half adjacent to the existing Caldwell pasture, we were excited to start right away. However, little did we know that local water politics would prevent us from using the irrigation water we contracted to have. Two years later, with pressure from divine providence, and the wheeling and dealing of the principle parties (of which we are not), we have brand new mainlines installed along our pastures, and promises of water in the coming irrigation seasons to come.

Last years test plots were a mixed success. Before we agreed to take on the land, the ground had been repeatedly treated with soil sterilants, and weed killers for many years. We put a halt to that practice immediately. After over a year without the poisons, we were able to get many seeds to sprout, but many seedlings did not survive. None of the legumes that sprouted survived a month. most pasture grass was sickly, and the casual observations indicate that the dirt (I refuse to call it soil) has an 8.5ph or possibly higher.

We have started to spread waste hay to add to the “green” organic matter of the soil. The soil health and diversity of organisms in the adjacent pasture that we have been sharing with the Fantasy Farm sheep has improved significantly with good management. Part of that has been the waste hay, not just the manure.

Planning the seeding, and procuring the seeds is the next part of the process. We have found a legume that can tolerate high ph soils, makes a great cover crop, and is grazable. It is an annual that can grow up to six feet tall, has deep roots, and will die off by first frost, adding mulch to the surface. We are also going to seed a lot of daikon radish and chicory too.

We are going to build a sturdy fence this year to protect the sheep, and will be planting a grazable flowering margin all along the road sides of the pasture. We have volunteers that want to help in the planning and creating the flowering margin. It should be fun, it is intended to be both pretty and functional. it will be another place to experiment and try new things.

Coming Soon, We Need to Build a Fence.