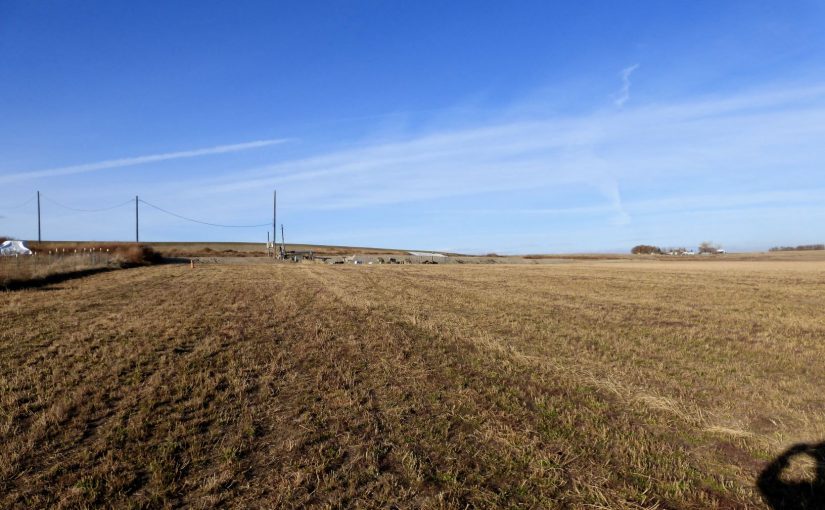 Well on Saturday, we moved the sheep back to the Parma alfalfa field they winter in. They have the north half (seven acres) to make their way across and back before the first warm days of spring.

The farmer who raises the alfalfa, lets us graze off the remaining alfalfa after the last harvest. We get some free winter forage, and his field gets fertilized. He was having to truck manure in from a large sheep farmer’s lambing ground about a half mile away. This saves him time and fuel.

We share the field with the Fantasy Farm’s rams, and they take the south half. The rams from the will be moving in this coming weekend. We keep about 200ft between the RescEwe flock and the Fantasy Farm rams. After all, we do have one ewe in our flock, and we would not want to start a riot. Although, Betsy may see it differently.

Another reason for the separation is for biosecurity. It would be too easy for disease or parasites to move from flock to flock if they shared a fence. Over the last year, we have been working on a basic guideline for flock size and biosecurity. The current idea is to limit the size of individual RescEwe flocks, and restrict movement between them. This was highlighted recently by a contagious and ultimately lethal disease being brought into an overseas sanctuary by a single homeless sheep.

For those that have been following us for a while, you may remember that Del came to us as a lost lamb. It is hard to believe that was two years ago. He has grown so big, and still has a way to go.

Del has never lost his lambish spunk. He is a bit of an instigator, and keeps some of fuddy-duddies on their toes. He even gets Cookie the llama to play chase with him. Cookie rarely moves at more than a stately pace, but it is amazing how fast she runs when she wants too. Del will probably participate in the park visits next year.

For those that met Smith at the park this last summer, Smith weighed in at 320 lbs (145 kg) this week. That is 20 lbs more than he was carrying during the summer. I think Smith is ready for the colder than normal weather that is predicted for the coming winter. He is also starting to get fluffy as well.

Bring on the white stuff, we are ready.